And Then There Were None

Alas, I have sad news to report.

This morning I went out to check the robin nest because it didn't seem too lively and there was only one chick in there.  I figured it was a bit too early for the other three to have flown the nest but at least there was still one little guy left in there and maybe it would get big and fat since its brothers and/or sisters weren't fighting for worms.

Well, that dream is over.  Julie just called me up because the mama robin was having a freakout and when she turned on the light outside, there was a cat on the railing who quickly zoomed away when Julie yelled at it.  Unfortunately, when the nest was checked, there was nothing in there except a few pieces of straw and a streak of bird poo.

It's a little sad.  Sure, they were just a few little robin chicks that happened to be growing up on our back porch, but they were OUR little robin chicks.  There's going to be a little something missing from our morning and evenings when we look out at the empty nest and don't see a beak or two poking out of it, looking for worms.

The upside of this whole thing is that at least they made it a lot further than the brood from last year.  Those poor buggers didn't even make it out of the eggs.

Last spring, we had a robin decide that building a nest on our back porch railing is a super smart choice when it comes to survival of her brood.  Sadly, this proved to be an unsuccessful tactic for the passing on of her genes as something got into the next one day and smashed the eggs long before they had a chance to hatch.

Well, she's back again this year and this time her eggs have hatched!  Yesterday there were only a couple of babies in the nest but as of today, all four eggs have hatched.  The mom is a very protective bird and gives us the stink-eye whenever we're in our kitchen, but it's worth it to see the kids staring out the window as she feeds the babies. 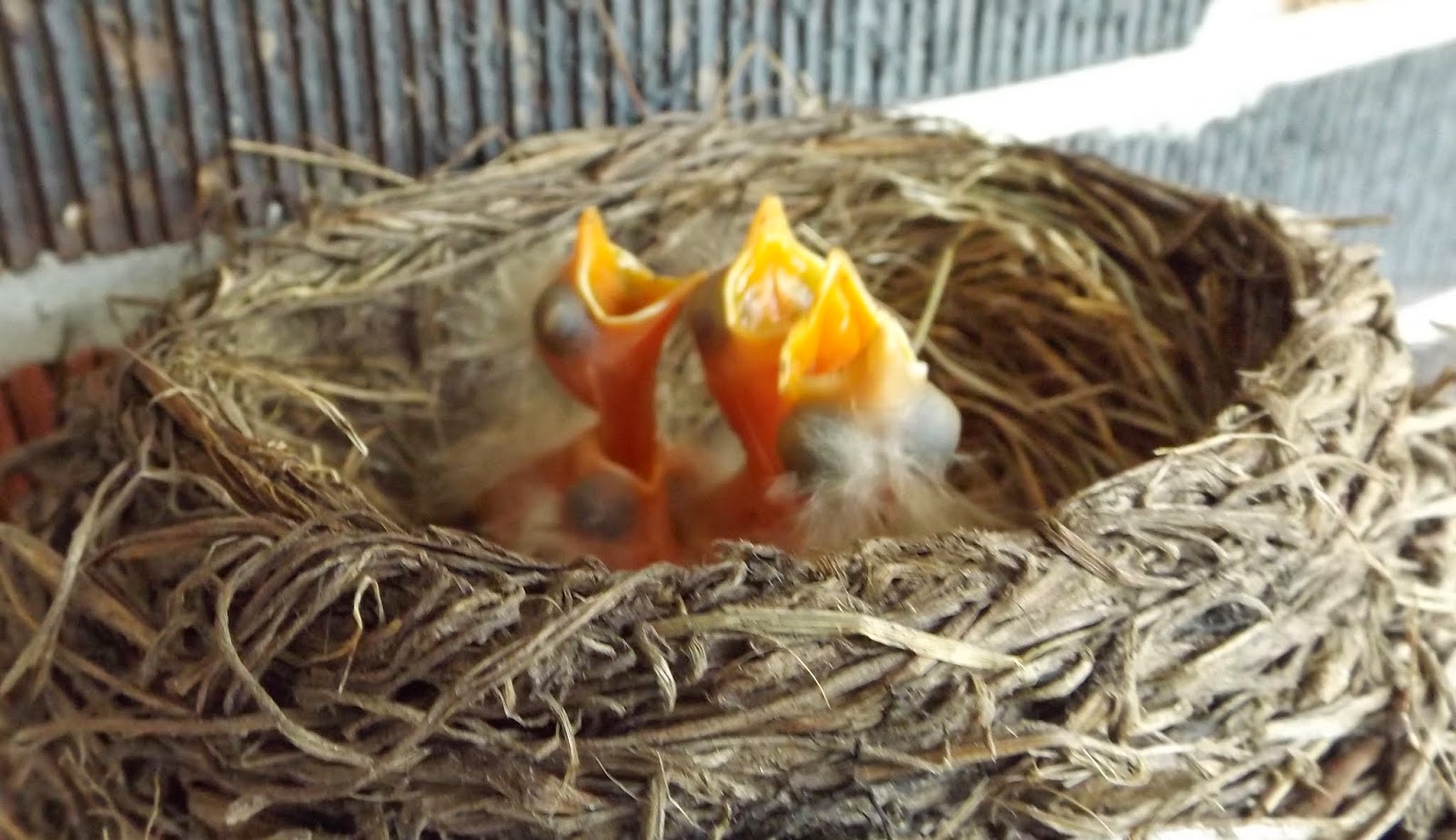 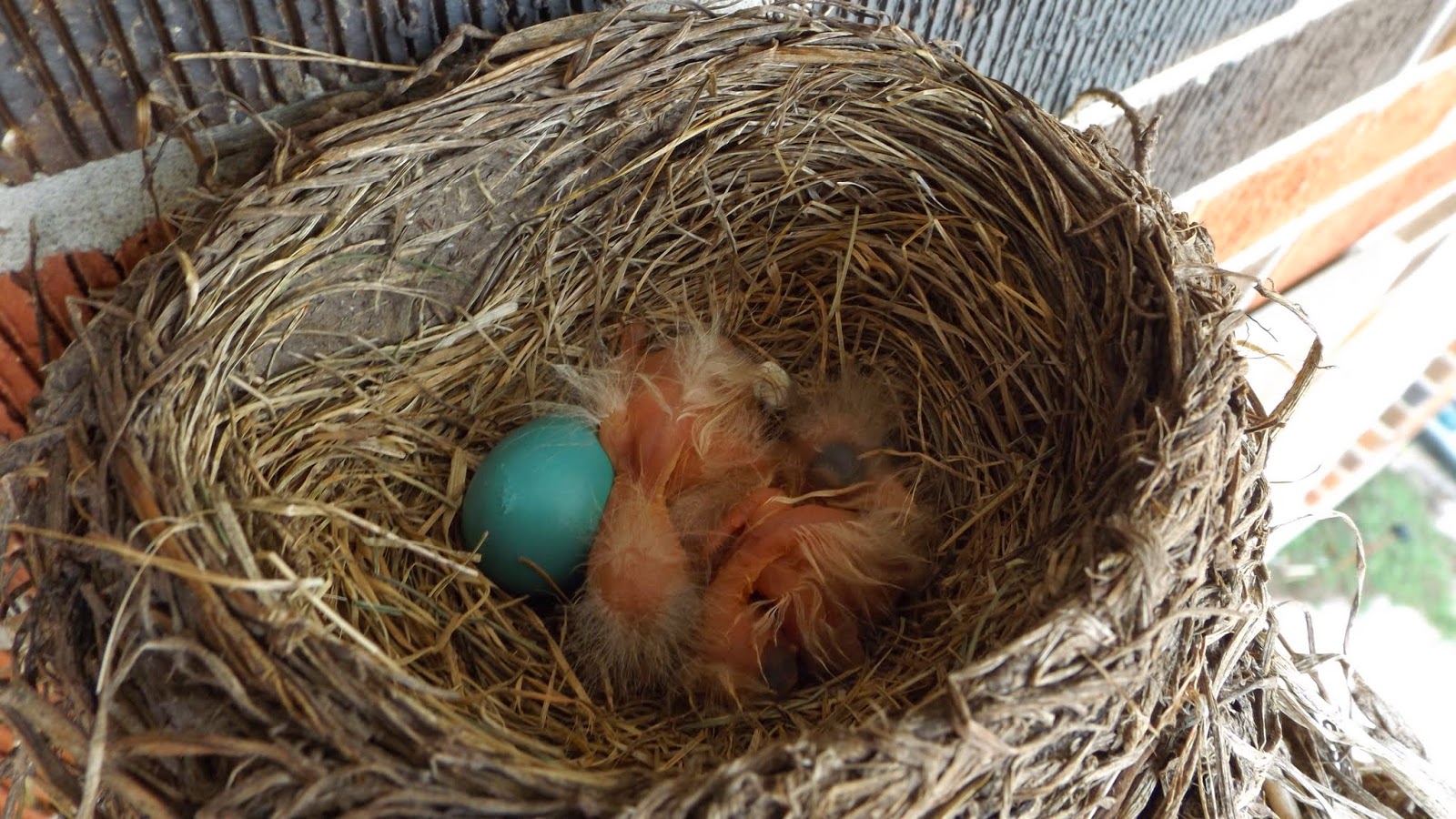 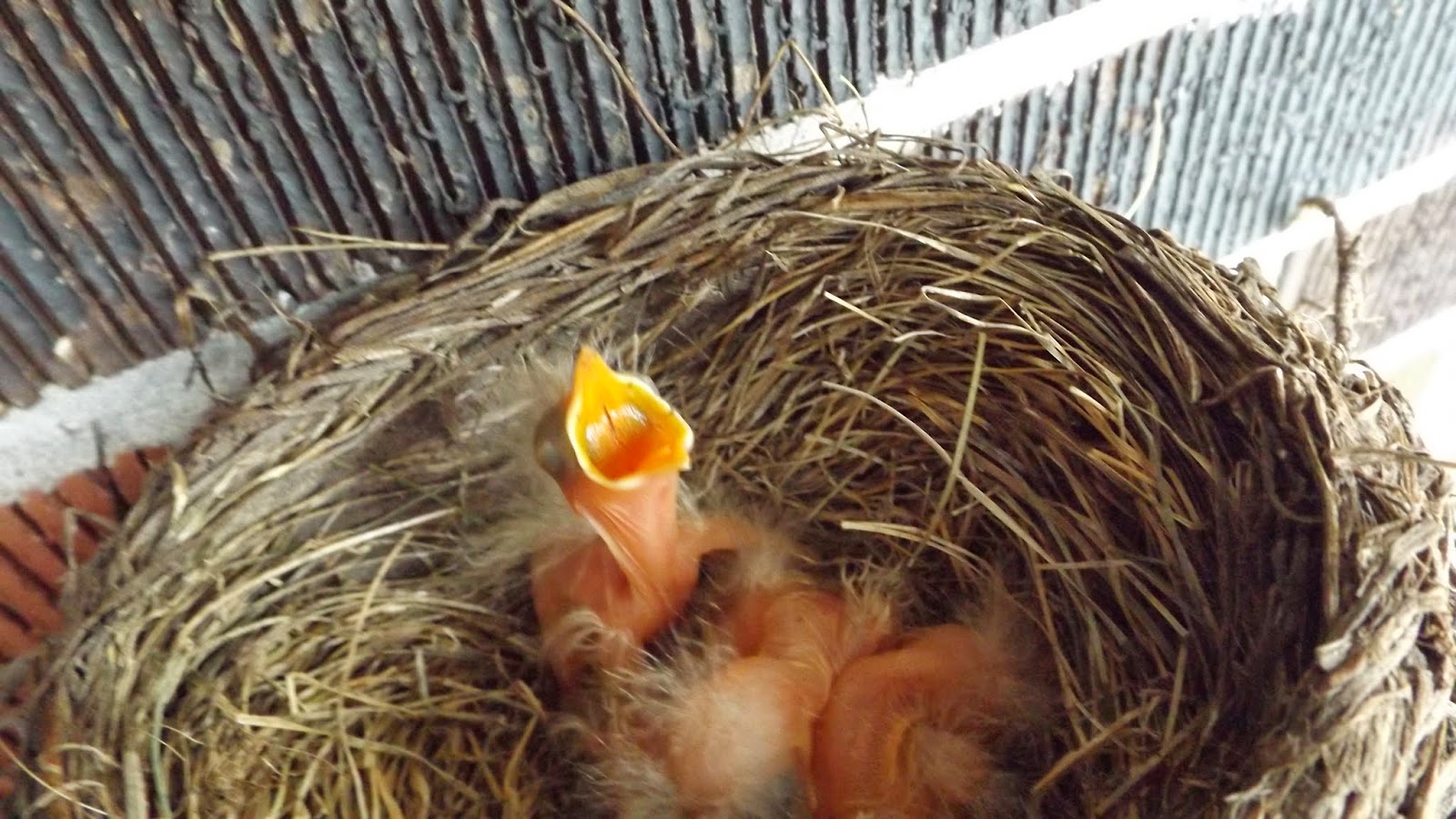 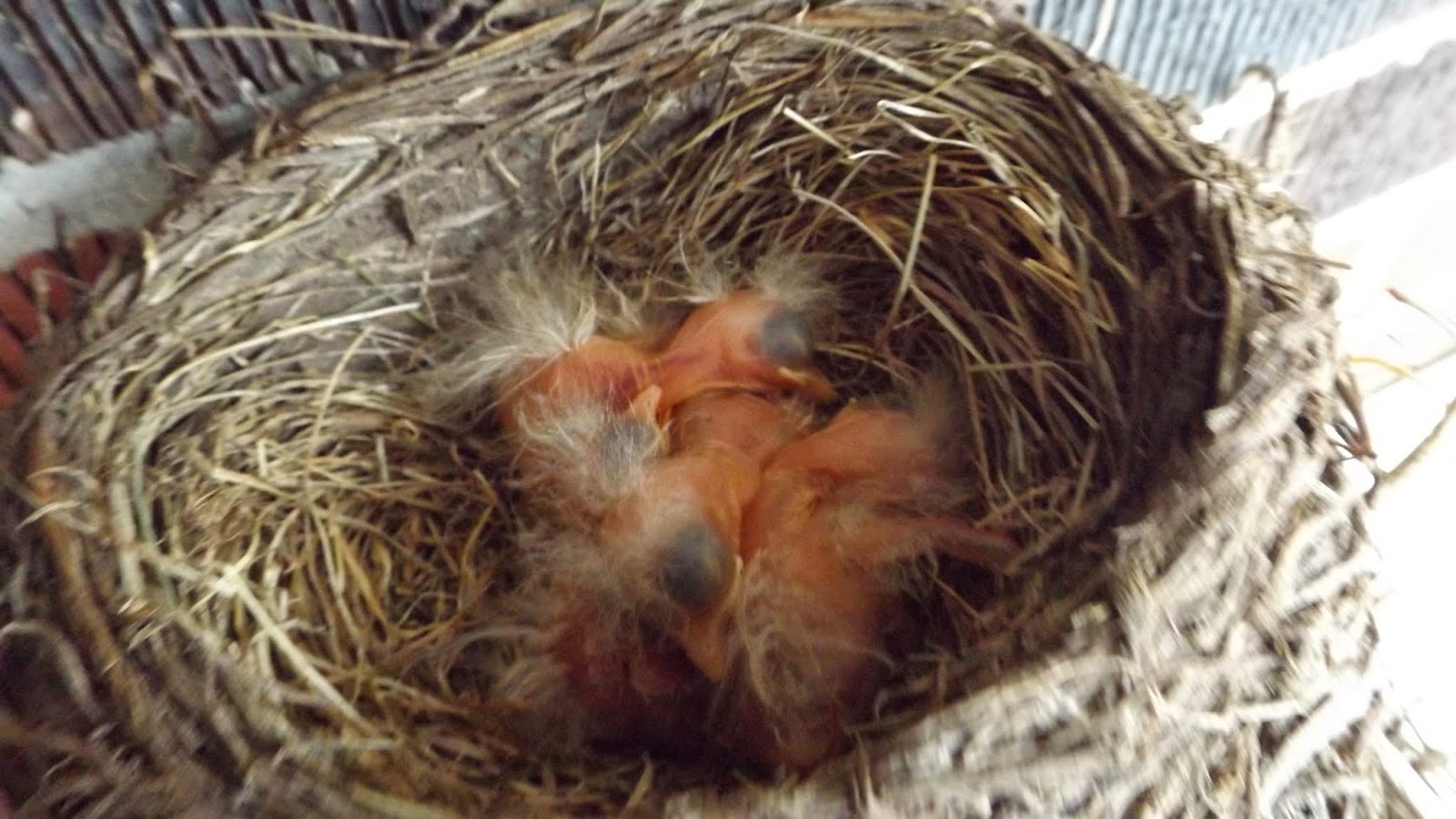